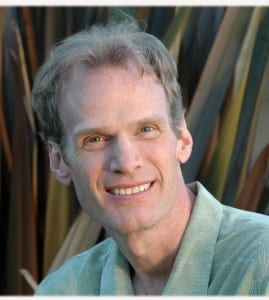 Michael Fischer is a licensed California attorney licensed to practice in both state and federal court. Mr. Fischer has handled hundreds of contested and uncontested family law matters. He is known for his ability to guide his clients through the tumultuous processes of family court in an aggressive yet compassionate manner.

After experiencing his own very contested divorce, he chose to go back to get his law degree in order to help others who have to go through the unwelcomed experiences of divorce. Mr. Fischer graduated with a Juris Doctor from McGeorge School of Law in Sacramento California. McGeorge is an American Bar Association accredited school and has been recognized as one of the top 100 law schools in the United States.

Mr. Fischer has raised a daughter who is a successful business person, a son who is a corporal in the Marine Corp as well as currently raising a two-year-old daughter with special needs and a one-year-old foster child with his wife of seven years. With his extensive business and financial background and his inimitable life experiences, Mr. Fischer’s uniquely qualified to assist his clients with their family law matters with intelligence empathy and compassion. 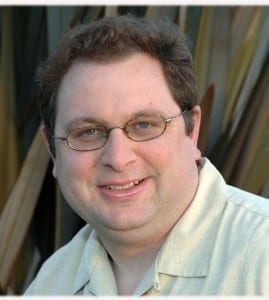 Before entering private practice Mr. Van Thiel worked for the State Child Support Enforcement Unit and is uniquely aware of the inner workings of the enforcement unit as well as the complexities of child support establishment and enforcement. In private practice, Mr. Van Thiel has asserted himself in the North County legal community as an expert in complex family law litigation. Mr. Van Thiel however, prides himself on his ability to bring even the most complex cases to an amicable agreement without the cost of litigation.

Attorney Grant E. Bayerle is an associate attorney at Fischer & Van Thiel, LLP. Grant brings a unique perspective to the firm. From a professional standpoint, he has a bachelor’s degree in Finance, with a minor equivalency in Accounting.

He worked as a hedge fund accountant at a major bank prior to returning to law school. While a law student, Grant also competed in and won a statewide business plan competition, defeating 70 other teams as a solo competitor. Following law school, he worked briefly as a Hollywood producer and launched a successful, international television series.

Grant has been a licensed attorney since 2012. He has passed the bar exam in three different states: California, Florida, and West Virginia (all on the first attempt). His strong business background serves to help him tackle complex community property and income available for support issues that are a standard part of divorces and family law cases.

The emotional aspects of family law also resonate with Grant. He comes from a broken family himself, and he understands the difficulties and challenges that accompany a fractured relationship and family and its effects on young children.

He excels at identifying and capturing a situation from a client’s perspective, determining the best strategies going forward, and providing a compelling narrative backed by supporting evidence to paint a picture for the court.

In his spare time, Grant enjoys outdoor adventures, traveling, playing chess, reading, going to the gym, and spending time with his family. He frequently volunteers to coach youth sports teams and is active in a number of local organizations.

Mithila Parker
Going through my custody battle was very emotionally trying. I was lucky to have choosen Fischer & Van Thiel to help me ...

Kaylee Victoria
I wanted to take a moment and thank Mike Fischer my divorce attorney for all that he did for me. He made ...

Gabriel Dylan
My wife and I started our divorce over two years ago, and I was at a stand still with my wife and ...

David Sebastian
I was dealt with a man for over 2 years who was only concerned with breaking me and reducinghis support payments fo ...

Elizabeth Mila
Thank you Mr. Fischer!!! I would and have recommended this Michael Fischer to friends. I had a very difficult divorce/child custody. He ...

Thomas Zachary
I was very happy with Mr. Fischer and his team! They helped me in a time of crisis and made sure the ...